The Church was opened in 1835. It is a beautiful Church and is a credit to the village. 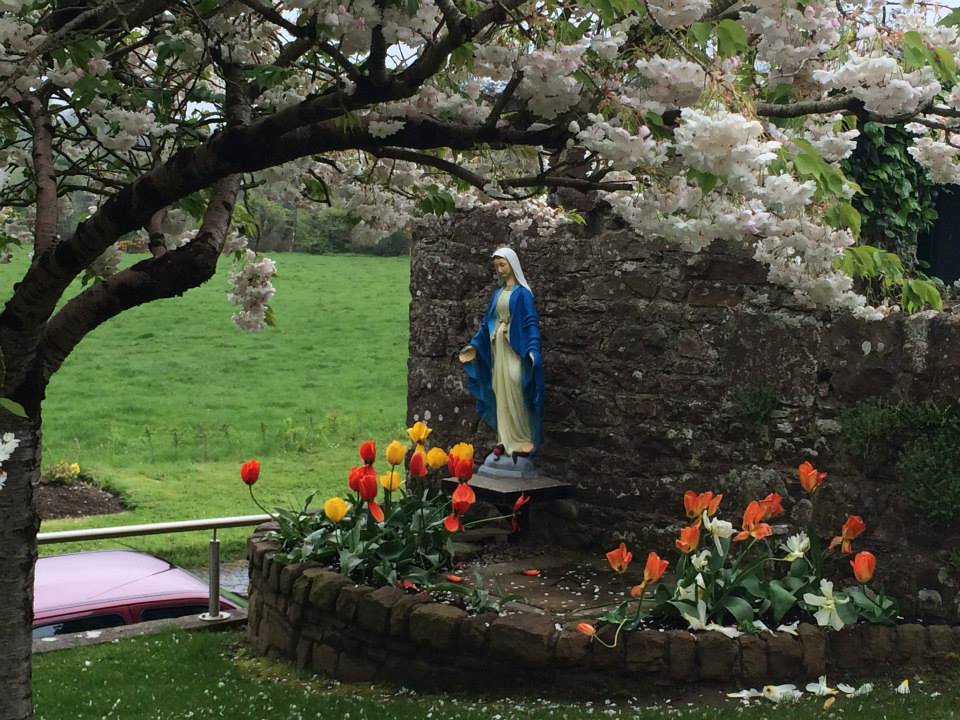 The Church is connected to the Community Hall. The Church grounds are well cared for. It is in the centre of the village and is a nice sight to behold. The graveyard is across the road from the Church and situated upon the hill. The graveyard was once a monastery and there you can find the remains of a round tower and church.

The grotto was opened in the 12th August 1989. It is well kept and looks very nice. It is planted with scrubs and small trees and a bench to sit down and have a bite to eat. There is a pond beside the statue of Mary and there are goldfish in the pond. There are two castles in the village. There is Castle H which in the shape of the letter H. There is also Castle Oliver which is the nicest building in Ardpatrick. Many people have lived there over the years. Now people are trying to fix it up again. These are just some of the fine buildings in the area. Finally the Old Creamery which was knocked down has been developed into a park.

In 1845 the sisters combined their resources to build the New Castle Oliver, up the hill from where their grandfather’s house, Clonodfoy, had stood. Mary and Elisabeth chose the style of Scottish Baronial, a style popularized by Prince Albert, husband to Queen Victoria. The plans were only a few inches in size, and giving the uses of most of the rooms, are signed by the architect and dated 24th June 1845. They are in the Manuscript room of the national library in Dublin. Elisabeth, and very likely Mary, moved into Castle Oliver in1848or1849 and busied themselves with adorning the interiors, probably dividing their time between their new home and their other estate in England, until the following year when Mary married. A few years later Elisabeth also married to the uncle of her sister’s husband. So both sisters became Trench –Oliver wives. Elisabeth’s husband later became Lord Ashtown. 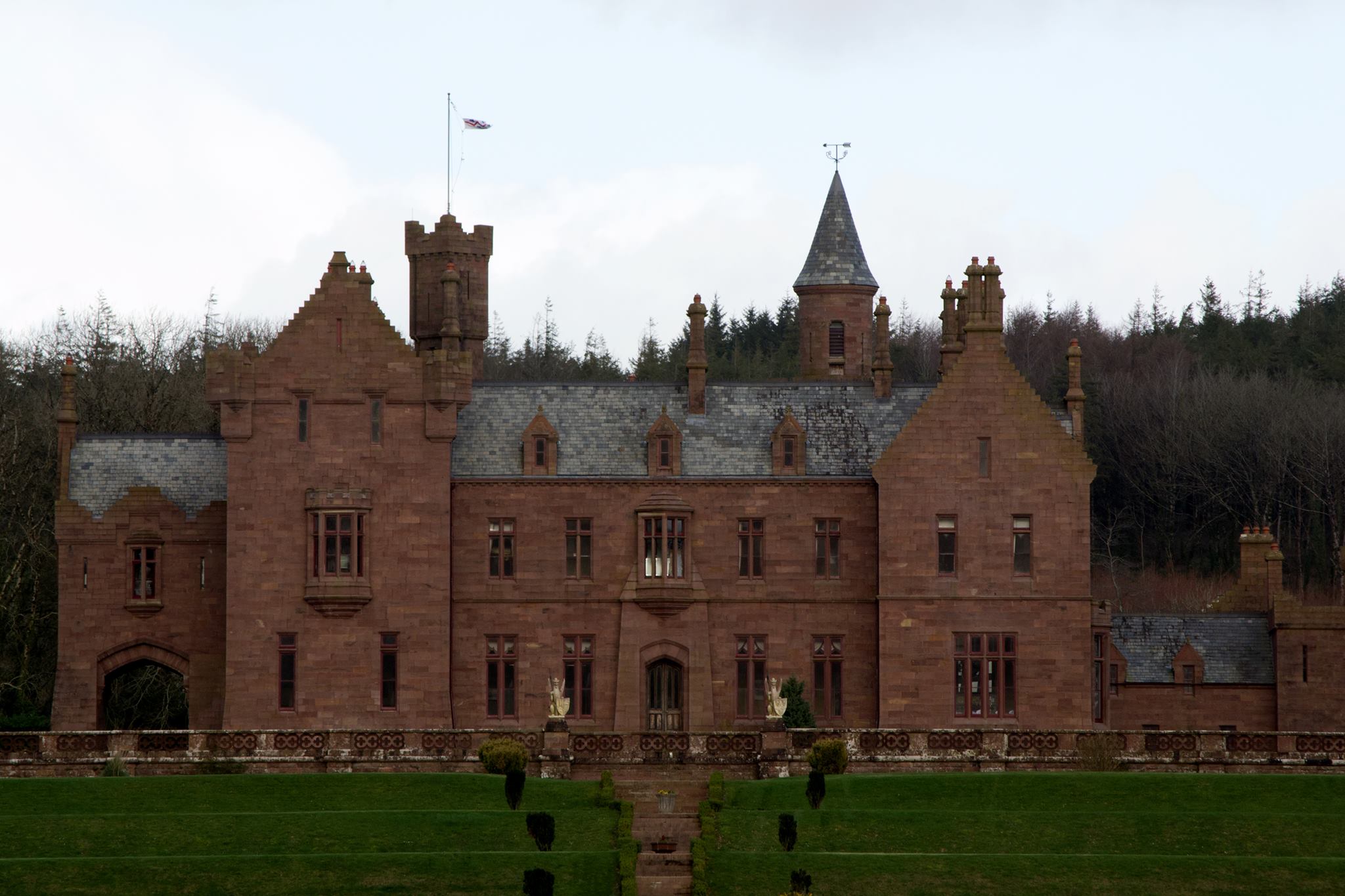 Both sisters were highly artistic. They made stained glass, painted panels on doors designed stencils and wallcoverings, and probably fabrics as well. Some of their work still survives at Castle Oliver. Lady Elisabeth Ashtown, as she was known, died on the 23rd February 1893, at the age of 81, having survived her husband by thirteen years. Having had no children together, Elisabeth left Castle Oliver to her husband’s grandson from his first marriage, the hon. William Cosby Trench. Mrs. White of Glenosheen, now in her 80s whose father worked at Castle Oliver, recalls her father mimicking his employer’s haughty manner: ‘ very Honorable he thought himself’ Mrs. White remembers him waving rather like the Queen as he passed by in his carriage, and says he used to send them delicious apples from the wall garden.

In about 1975 the last descendent of the Trench family left Castle Oliver, and it fell into a sad state. The estate had been reduced from 7,142 acres to just 15 acres. Even the entrance lodges were sold off. It is lucky that the castle survived at all, since many such building were burnt down or blown up in the troubles of the 1920s. Hopefully Castle Oliver is safe now, and will stand for hundreds of years.

In Kilfinane there is a stone monument containing a carved head. It was put there in 1998 to commemorate the 200th anniversary of the beheading of Patrick Staker Wallis. He was executed by the local landlord, ‘Silver Oliver’ because he was stirring up trouble on the estate. You might say he was a Revolutionary; This was not an especially unusual thing to happen in those days, but understandably it made Silver Oliver very unpopular. In 1799 Silver Oliver died, leaving his eldest son Richard Oliver a wealthy man. Richard left Ireland and spent the rest of his life in England, neglecting his Irish inheritance. It was during these early years of the 19th century that Clonodfoy House fell into the careless hands of the steward Galloway, whose ghost is said to still haunt the demense. Richard Oliver was born on the site of what is now Castle Oliver farm. In 1806 he married an English girl, and through her, eventually inherited estates and coalmines in Yorkshire, (On one condition he changed his name to Oliver Gascoigne) They had four children, but two died, leaving Mary Elisabeth to inherit the Anglo Irish Estates.